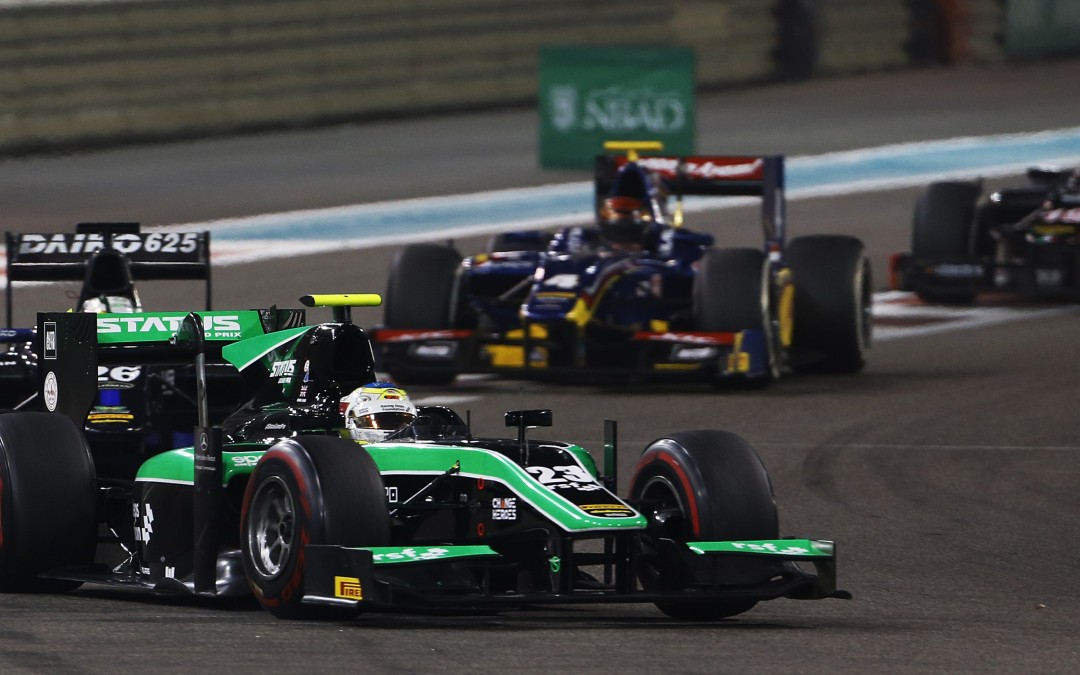 GP2 rookie Oliver Rowland showed excellent pace throughout the 31 lap Feature Race after an initially slow getaway. Oliver’s progress was halted by a drive through penalty for speeding in the pit lane, costing him over 25 seconds and a top ten finishing position.

From 22nd on the grid Marlon Stockinger made a flying start making up four places and passing his teammate before turn one. Comfortable with the car Marlon settled into a rhythm as those who started on the option tyre began to pit, completing 25 laps before changing to the super soft tyre. Unfortunately the car stalled and Marlon lost vital time in the pits which eventually saw him take the chequered flag in 18th place.

Oliver Rowland “I’m still getting used to the clutch and didn’t get the bite point right at the start which is something I want to work on. In the opening laps I just wanted to stay out of trouble and make sure I was able to finish the race. The super soft tyre didn’t last very long and I lost some time battling with people on the prime. I gained a place during the pit stop and after the safety car things were looking pretty good. I pushed on but got a drive through penalty for speeding in the pit lane. I’m not quite sure what happened yet and we need to have a look as I thought the limiter was on but as I accelerated it clearly wasn’t. It was disappointing having the penalty as I was quite happy with our pace and the changes we made after qualifying. With a few more small changes and a good start tomorrow I will be fighting for the top eight.”

Marlon Stockinger “I had a really good start today and made up four or five positions before turn one. We were running also well during the race and I just began to struggle a bit with the fronts after the virtual safety car. If the car hadn’t stalled in the pit stop then we could have been at least in the top fourteen and had a good starting position for tomorrow. We need to look at the reason behind the stall but the team really made a step with the car in the race and we should be looking good for tomorrow.”