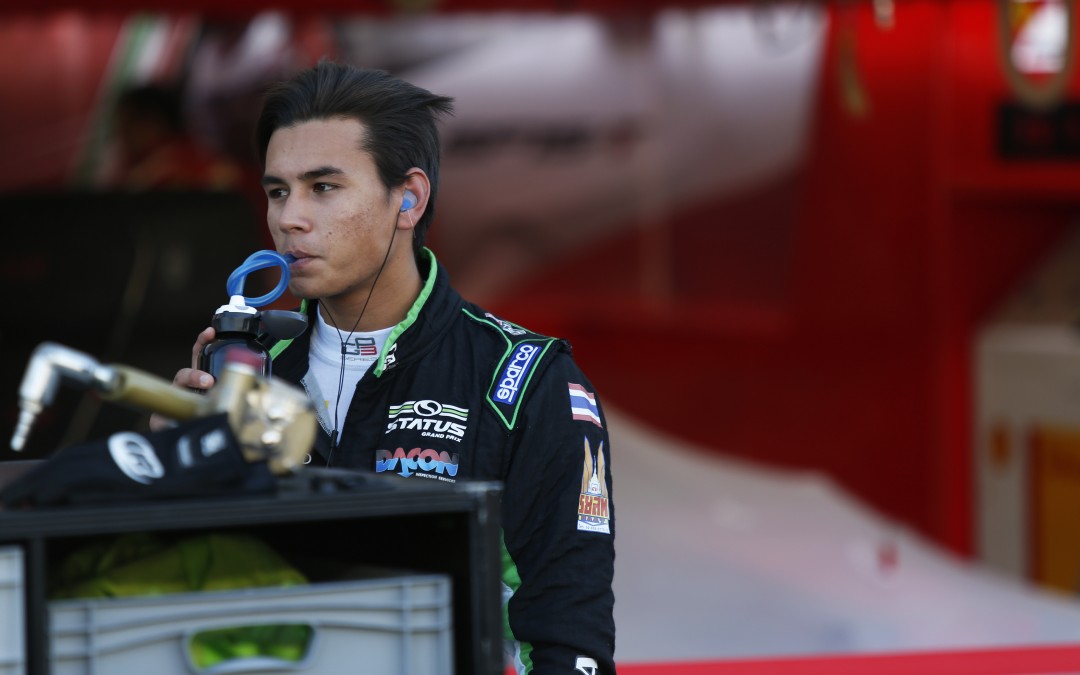 Starting from pole position Alex Fontana made a blistering getaway, leading Eriksson into the first corner. Having lead for several laps Fontana succumbed to Eriksson who wrestled past him at turn one, immediately trying to re-take the position but getting a poor exit he was mugged by Kirchofer a few corners later.
6th September, Monza Italy

The battle for the top ten intensified mid-race with Sandy Stuvik entering the fray and passing his team-mate on lap 13, a position he was forced to give back after the stewards deemed that he exceeded track limits. Fontana and Stuvik took the chequered flag in 8th and 9th place respectively but a 10 second time penalty for Fontana saw Stuvik promoted to the final point scoring position of the day with Fontana relegated to 16th.

Forced to give up his 10th place grid slot and start from the back following a technical infringement in Saturday’s race, Seb Morris’ bad luck continued. After making a good start his race ended in the gravel after just one lap following contact which caused loose bodywork to inhibit his steering.

Seb Morris “The start of the race was fine and there were a lot of quick guys in front of me at the back of the grid which was quite bizarre and there wasn’t going to be much we could do from last. It felt like I had some sort of  failure at the chicane which we need to investigate as I just couldn’t turn. It all came from yesterday really and it was so disappointing to be put to the back of the grid but lesson learned from a team point of view so hopefully we can have an issue free race in Sochi.”

Alex Fontana “The start was good and I was happy that from pole position I was able to start well. I lead for a couple of laps but I just couldn’t keep the pace to stay ahead. I managed to fight back and on some occasions it worked but I got into the mix with everyone making contact and during the chicane which meant I lost more positions trying to fight. It ended like this. I believe we have a car that is decent to catch a point position but we are not quite ready to be on the podium.”

Sandy Stuvik “I’m happy to get points again and it was a shame that I had to give back the position in the middle of the race as I had the pace to catch the Jenzer cars at the end. All in all we are making progress and I just hope we can carry this through into Sochi. It’s only one point but it all adds up and I’m sure we can add to the total in the next round.”