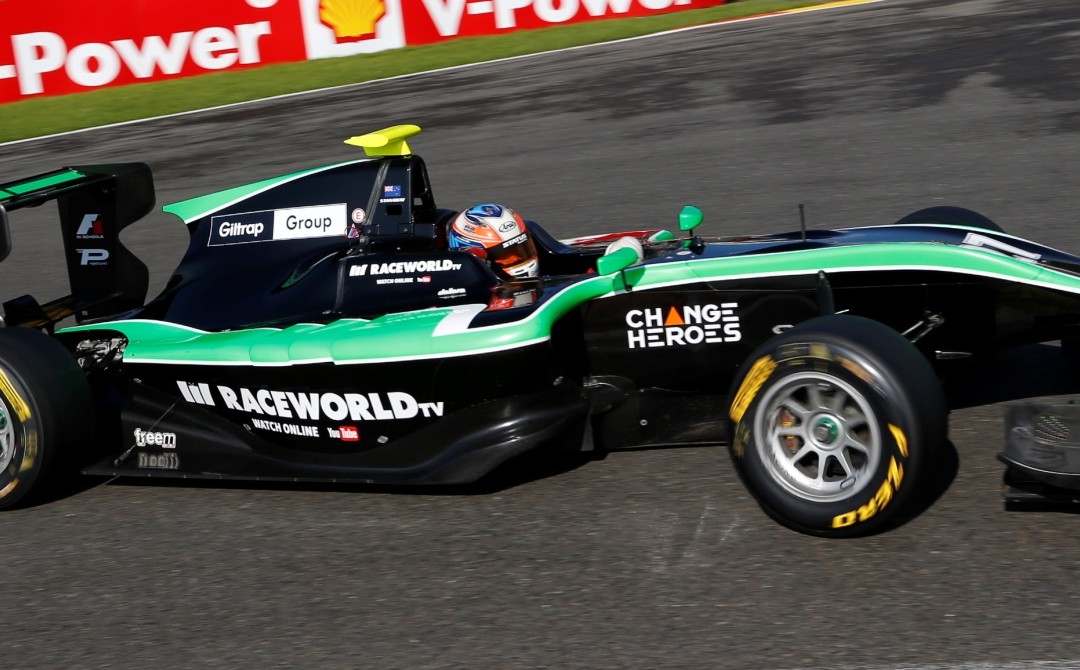 RaceWorld TV, a cutting-edge provider of motorsport content through on-line videos and social media, has launched the show to round up the week’s hot topics and what’s trending in motorsport.

British driver Nick Yelloly, who is currently sixth in the GP3 Series drivers’ championship, features in Friday’s episode. To view, got to http://goo.gl/STJsHU

The 23-year-old and his Status GP team-mates, Richie Stanaway and Alfonso Celis Jr, fly to Sochi in southern Russia on Tuesday for the GP3 Series double-header at the city’s new street circuit. All three drivers’ cars carry the logo of RaceWorld TV, which is also the primary sponsor of double race-winner Stanaway’s #27 car.

Marina Nicholas, CEO of Formula Fun Entertainment, said: “The RaceWorld Show fills the void between races for motorsport fans. With driver video logs and behind the scene team action, fans feel more connected than ever to teams and drivers. I’m delighted the RaceWorld TV channel can offer new videos daily, in six languages on YouTube, the web and mobile. Innovative plans to reach 100m+ fans in the next six months are underway. These are exciting times for creativity and connectivity.”

Since partnering with RaceWorld TV, Status GP has over 30,000 views on video content posted on the channel, leading to an increase of more than 30% for the teams’ and drivers’ social media following across a global audience.