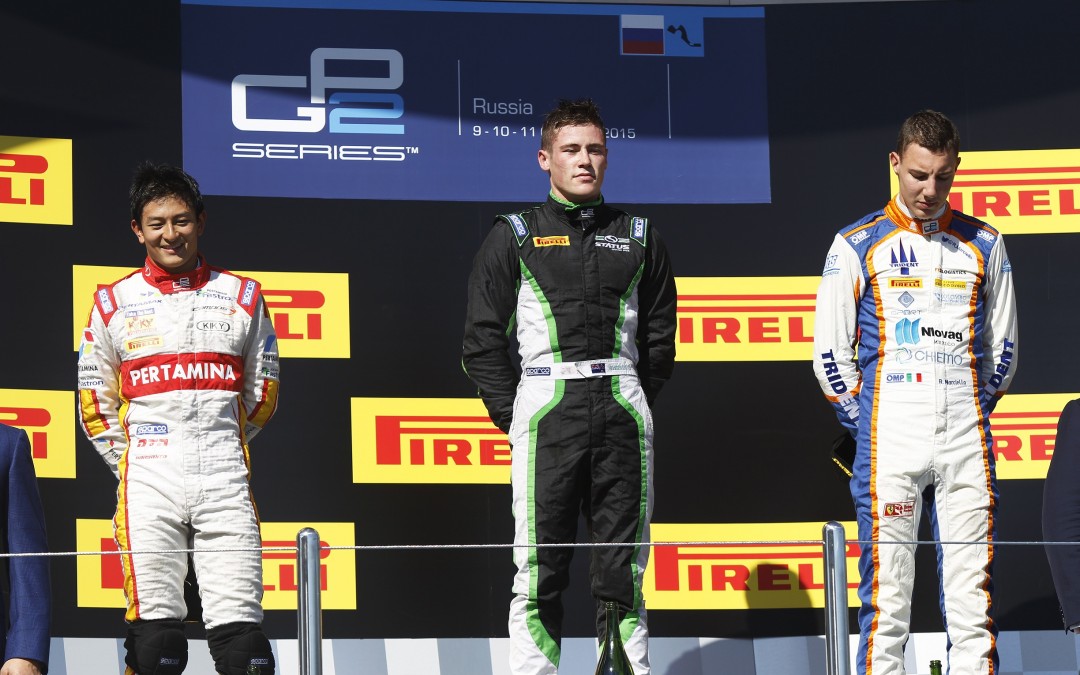 Making a great getaway and taking the lead into turn one Richie dominated the race, holding off a late charge from Rio Haryanto in the closing laps to take the second win of his and Status Grand Prix’s maiden GP2 season.

Marlon Stockinger’s bad luck continued as he was caught up in an opening lap incident for the second day running, causing him to retire at the second corner.

#23 Richie Stanaway “I got a really good start and had decent pace the whole way. I probably didn’t save the tyres quite enough at the beginning and struggled slightly at the end but I couldn’t be happier to get the win.

“We’ve developed the car a lot throughout the season and even when things don’t quite go to plan we have been in the top ten which is a big achievement in such a competitive championship. When things go right we are a strong top five and we have been regularly in the points. It showed today while being in the lead that the car is good enough to hang in there and I’m very grateful to Teddy and David for believing in me and of course to my engineer Andrew and the team for this opportunity.”

#22 Marlon Stockinger “There isn’t much to say about my race but I’m obviously disappointed to end the race on the first lap for the second day running. Let’s hope we have more luck in Bahrain. I’m of course pleased for Richie, Teddy and the team on their second win of the season.”

Team Principal, Teddy Yip “It means so much to me and the team to take a second win in our maiden GP2 season with such a talented GP2 rookie as Richie. Since our maiden win in Monaco we have been knocking on the door of podiums and it’s great to be back on the top step today. The taste of champagne certainly  is sweet.

“I would like to thank the team who have made some big steps forward in our first GP2 season and now we have good momentum to end the season on a high.”