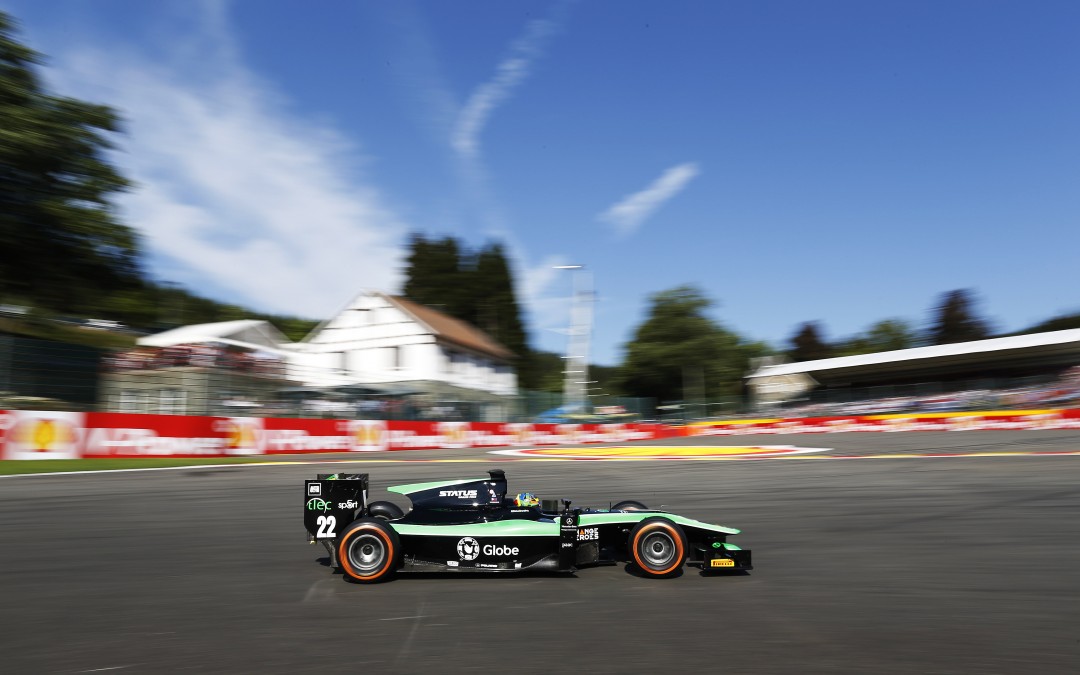 Following Saturday’s GP2 Feature Race, multiple drivers including Marlon Stockinger and Richie Stanaway were handed 30 second time penalties for a safety car infringement. This penalty demoted Marlon from 10th on the Sprint Race grid to 17th, stripping him of his maiden GP2 point and demoting Richie to 18th.

Both drivers made it cleanly through the opening laps with Richie able to fight his was up to 13th place, a position he maintained to the chequered flag. Following an impressive start making up several positions Marlon struggled to get the most out of his tyres, almost opting to pit during the 18 lap race and bringing his GP2 car home in 19th place.

Marlon Stockinger “It was a massive shame to get the penalty on Saturday as starting 10th would have been a real step for us and starting towards the back of the field is always so tough. I actually had a really good start and gained five or six positions but the tyres just started dropping off and I was really just holding on. It was disappointing not to be able to give a fight or just to be up there throughout the race and we just need to understand why I lost so much tyre performance. We have to look at any mistakes we are making; I always look at mistakes in my driving and we will evaluate everything this week and come back stronger in Monza.”

Richie Stanaway “It’s been a disappointing weekend after finishing seventh from the pit lane and second  in GP3 last year for Status. I hoped for more but it has turned out to be a character building weekend. We’re not getting the results that I want or the team want so we need to take the right approach in order to achieve more and at least be in contention for points again. I know we can be so much better than this and at some tracks we have been able to win and fight for pole. There is a lot to look over and work on as we were on the back foot from qualifying this weekend which is very difficult to come back from in such a competitive series. You can be assured we will be working hard to bring ourselves back into contention in Monza and make the necessary improvements.”