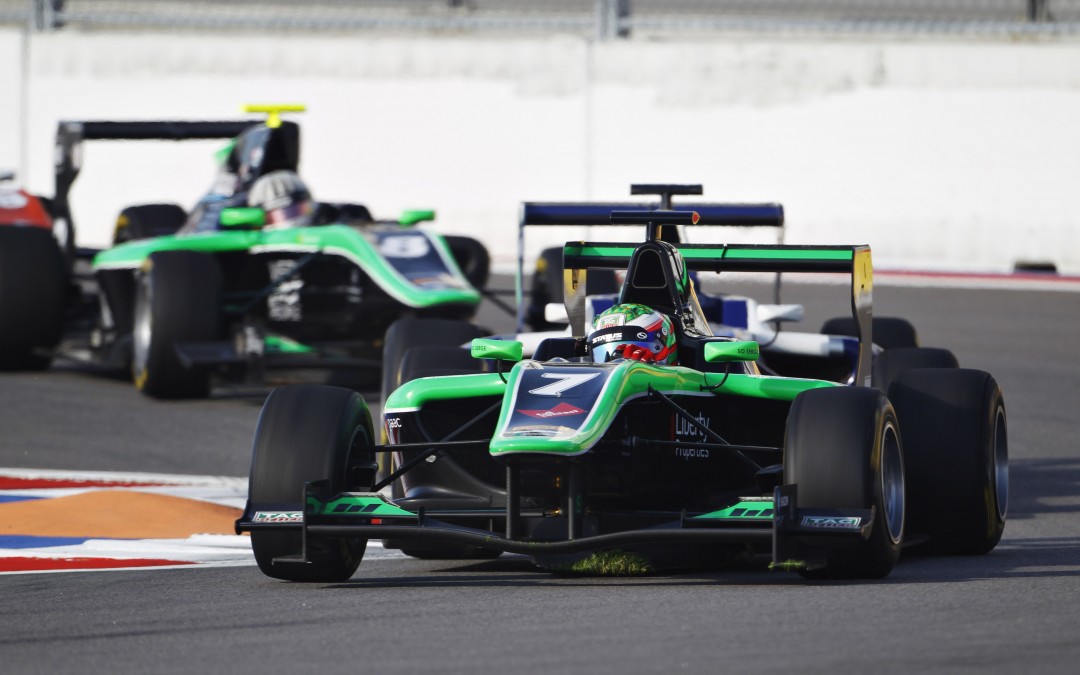 #7 Seb Morris “The weekend as a whole has been a bit up and down. It’s fairly positive to have another top ten in qualifying. It was a real shame about the first race and getting boxed in at the first corner; I lost all my positions and was unable to make them back on such a narrow circuit.
“In the second race I managed to get into the top ten so our pace isn’t too bad and now we just need to put everything together to make sure we continue to score points. Now we move on to Bahrain which is a track that GP3 haven’t been to before so I hope it might be an equaliser and favour rookies like me.”
#8 Alex Fontana “It was a difficult weekend for us and the crash in free practice changed a bit of the weekend. The guys did a great job to be repairing the car overnight but there were a few issues in qualifying so I had to start behind. We managed to recover a few positions in race two but on the last lap I had a problem with the fuel pump so I had to finish last again. We started P19 in the second race and got up to P11, we made a few changes on the car that seemed to work quite well but we are off the pace at the moment and we would like to start fresh in Bahrain and see if we can get a more positive result.”

#9 Sandy Stuvik “The weekend started off well and looked quite good in practice with the wet conditions but then I seemed to struggle to get to grips with the track in the dry and just lacked pace all weekend. In the races we just seemed to go backwards, there are a few things that I need to work on and also some things that we can do to the car to help a bit. I’ve had good starts all weekend but never managed to capitalise on them during the races. It’s just not been a very good weekend and hopefully in Bahrain there will be some tyre degradation to make the races more interesting.”ENDS