POLE FOR FONTANA IN RACE 2 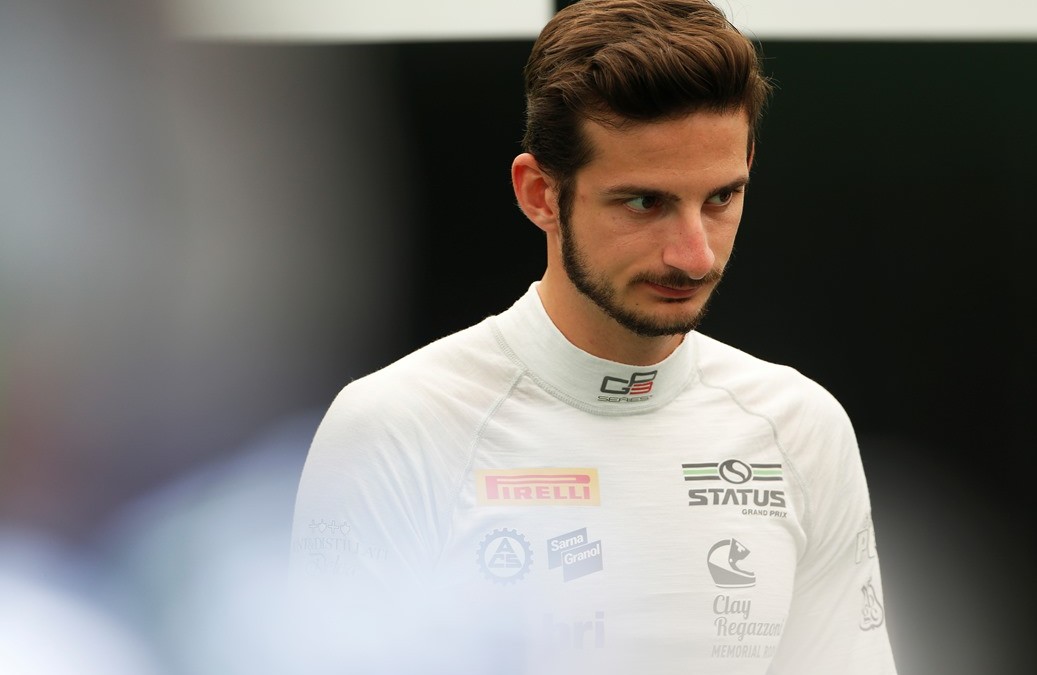 A wet GP3 qualifying on the high speed Italian circuit produced a mixed grid with all to play for in Race One.

Alex Fontana had a blistering start, making up seven places on the opening lap. He continued his charge passing his team-mate on lap 19 and taking the flag in ninth place. Following post race penalties Fontana was promoted to 8th place after Parry was deemed to be underweight, claiming the reverse grid pole for race two.

GP3 rookie Seb Morris ran in seventh place for the majority of the race until he tangled with Eriksson damaging his front wing but managing to bring his car home in the final point scoring position.

Sandy Stuvik had a clean race but struggled to make progress through the field taking the chequered flag one place ahead of his starting position.

Seb Morris “There was really just one race defining incident for me today! From lap eight or nine I just started to lose my tyres. I’m not sure if this was down to me or something with the car but I was struggling and got overtaken. I defended my position to the second chicane and the driver ahead stopped right in the middle of the corner and I ran into the back of him damaging my wing. At least I was in the top ten and scored a point today and I’m sure tomorrow we can improve from there.”

Alex Fontana “My start was good off the line and then I was really lucky to get a good placement into the second corner and chose the right position to avoid any crashes. I made up quite a few positions on that opening lap. Compared to the guys who were running a bit more downforce I had to give up a bit more pace so I started to save the rear tyres. I gave up one position on the straight without losing time but towards the end I could fight back when they battled with each other and pass them for a point scoring position. I think it’s really positive compared to where we started and tomorrow I will attack again and try to find my way towards the podium.”

Sandy Stuvik “My first lap was pretty terrible and it felt like I ran over some debris. I didn’t really get good track position early in the race and lost a few places. Even though the pace was ok I couldn’t get past Alex and it was a disappointing race for me. We have made improvements to the car but we just weren’t there today.”