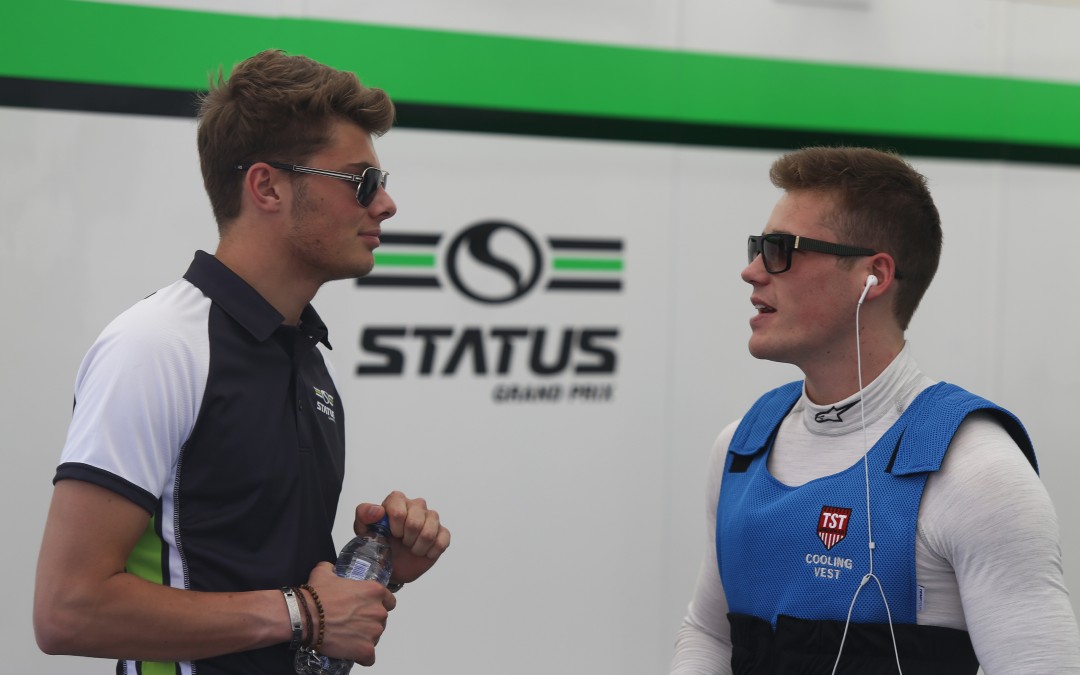 Hungaroring, Budapest – Sunday 26th July – Both Status GP2 rookies made clean getaways, but Marlon was forced to avoid a stalled car which lost him momentum and race position.

Richie was able to make the most of his start, fighting hard during the opening lap to make up six positions. An impressive comeback drive saw him bring his car home in 13th place, a positive result from 21st on the grid.

Marlon was not so lucky. Forced to push his tyres to the limit trying to make up for the lost positions at the start, he pitted on lap 24 for new tyres, subsequently setting the fastest lap of the race despite taking the chequered flag in 23rd place.

#23 Richie Stanaway “It was a pretty hectic first lap and from about turn four onwards it didn’t really go to plan as I got held up by a couple of people that weren’t as aggressive on the warm up lap. I  was aggressive as I wanted to have a strong first lap. It worked pretty well and I managed to make up a good number of places. I had a reasonable run today and probably couldn’t have done much more from 21st. I had a good fight with Berthon in the hope of getting to 12th but he was strong and had good pace. Today was encouraging and the car felt  pretty good.  I think there is still another step to go with the car but compared to some others, we had it good and the result is ok considering where we started.”

#22 Marlon Stockinger “My reaction at the start was really good but it was just unfortunate that there was a stalled car in front of me which I had to swerve to avoid. I lost so much momentum from that and it meant all the cars that I overtook at the start just came straight past me and I was almost at the back. At the end of the race I really struggled on the prime tyre, which is why I chose to make a pit stop. The result is that we managed to bag fastest lap which is always nice to have,  despite the resuly not being what we wanted.”