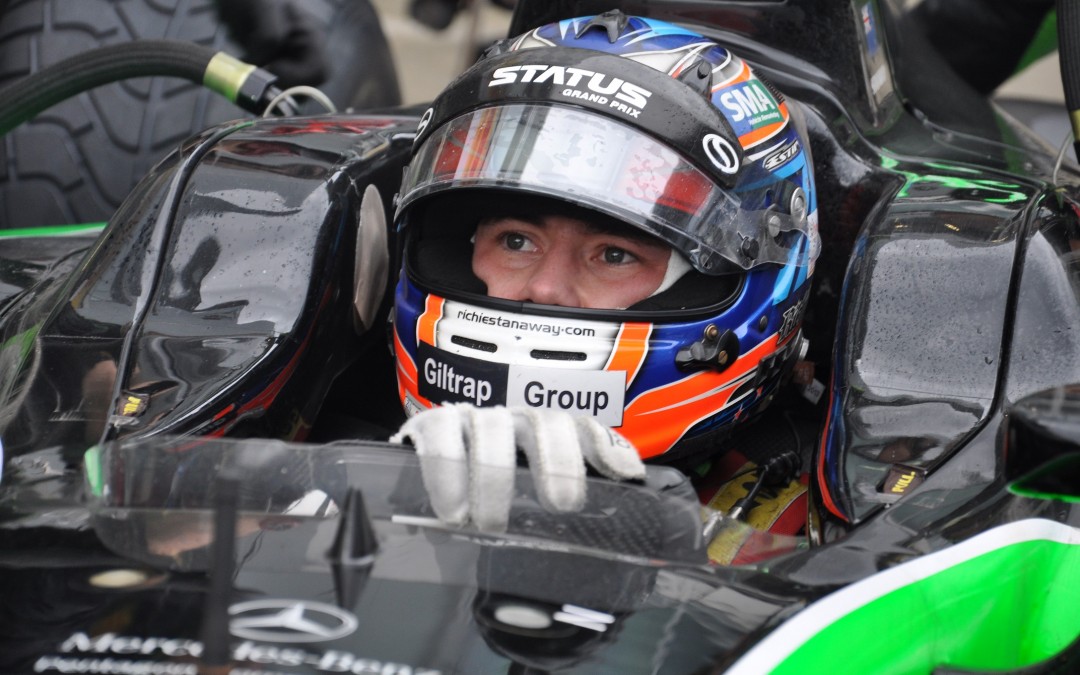 In an incident packed and shortened GP2 Feature Race Richie Stanaway brings his car home in seventh place, securing a front row start in Sunday’s Sprint Race. Marlon Stockinger’s race was cut short at turn three on the opening lap when he was caught up in an unavoidable three car incident, ending his race in the tyre barrier.

#23 Richie Stanaway “It was a really messy race with the red flag and the re-start.  Not having a full run on either tyre compound mixed things up quite a bit, so to have finished one spot further ahead of where we started was damage limitation as it would have been easy for us to have missed the top eight.

“My start wasn’t bad but I had to lift into turn one as someone was up the inside of the car in front which meant I lost positions in the run down to turn two. Then I couldn’t fight back because of the red flag. I passed three cars on the lap after the re-start and had to push pretty hard at the end. The front row tomorrow is the main thing so we need to maximise everything and aim for the win.”

#22 Marlon Stockinger “I made up some places at the start and was just behind Richie but at turn two I was hit which I think gave me some damage. Then suddenly there was another car just coming across the track in front of me and I got completely hit and put into the wall. It was a short lived race and that was pretty much it. If today’s crazy race is anything to go by there is still a chance of points tomorrow.”